The 15th century lyric 'I sing of a Maiden' (BL Sloane 2953) has been set to music by a number of composers, but of those perhaps the most haunting is Patrick Hadley's setting of 1936.

This carol, widely disseminated in the orange Carols for Choirs 2 collection, will be the only time most people encounter Hadley's music, but amongst his works are also symphonic works such as One Morning in Spring, The Trees So High, cantatas for choir and orchestra (The Hills, Fen and Flood), and some much-loved church music including the anthem My Beloved Spake.

Early life
Hadley was a Cambridge man for most of his life. His father William was a classicist, fellow and later master of Pembroke College. His mother Edith was the daughter of a clergyman. After schooling at King's College School, Patrick attended St Ronan's School, Kent, and then Winchester College from 1912 to 1917.

He was just eighteen when he joined the Royal Artillery in 1917, gaining a commission as 2nd Lieutenant in March 1918. His elder brother (Isaac) Peyton Hadley, apparently his father's favourite, was already a Captain, fighting in 7th Battalion of the Northamptonshire Regiment.

Before the war, Peyton was a student at Pembroke College and by all accounts an excellent cricketer. He had been awarded the Military Cross for bravery, but was seriously wounded in the fighting in the Autumn of 1918 and invalided back to the Central Military Hospital Eastbourne to recover. It was there that Peyton died of pneumonia on 25th October 1918, a complication of him catching Influenza (the 'Spanish flu').

The 'Spanish' flu pandemic was sweeping across Europe, eventually killing more people than the War which also helped to spread it across the continent (its nickname came from the fact that Spain was not subject to censorship, so the reports of deaths seemed much higher in Spain). This pandemic was noted for killing young, fit people, plus those in a weakened condition; in the Central Military Hospital at Eastbourne alone, many patients and nurses died in the same outbreak.

Patrick, posted to France, remained unscathed until the last weeks of the war, when he received an injury that resulted in his right leg having to be amputated below the knee. The news of his brother's death reached him the same month.

From then on, Patrick had to adjust to his injuries, learning how to use a prosthetic wooden limb which gave him severe pain for the rest of his life. Rather like E.J. Moeran (with whom he was friends), it seems that Patrick came to rely heavily on alcohol, his convivial company becoming much prized by fellow composers and students, although his music, by contrast to his generally ebullient countenance has a vein of melancholy and wistfulness.

After World War I
He went up to Pembroke College after the war where he studied music with Charles Wood and Cyril Rootham. He attended the Royal College of Music from 1922 where Ralph Vaughan Williams was one of his composition tutors, along with Adrian Boult for conducting. Both remained lifelong friends. Hadley himself became a teacher at the RCM in 1925.

Other contemporaries at the RCM included Gordon Jacob and Constant Lambert, and he became acquainted with many of the English musical luminaries of the period; Howells, Walton, Bax and others.

He also visited Frederick Delius at his home in Grez, France in the early 1930s. Delius in particular is a detectable influence on Hadley's music, especially orchestral works such as One Morning in Spring and The Hills (1944). Indeed, Christopher Palmer goes as far to identify Hadley as part of the 'Warlock-Lambert-Walton circle' of Delius admirers who made the trip to visit the then-blind composer in France (Delius: Portrait of a Cosmopolitan, 181).

Certainly, Delius's amanuensis Eric Fenby recalls Hadley's efforts to recover the missing score of Delius's opera Koanga for a revival of the work by Sir Thomas Beecham and another episode involving sawing down a tree branch in Delius's garden (Delius: As I Knew Him, 96).

In terms of Hadley's personal life, it appears that his mother, having already lost one son and also Patrick's father William in 1927 became fiercely protective of her son, and Eric Wetherall suggests that a possible engagement to an American lady fell through due to his mother's disapproval. He was to remain a batchelor for the rest of his life, although 'indulging in casual affairs' (Wetherall, ODNB). 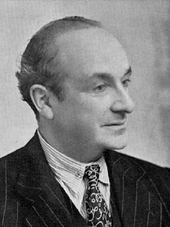 In 1938, Hadley became a fellow of Gonville and Caius College, Cambridge, where he was a music lecturer and tutor. It seems he did not have a huge number of music students at the college, but was tasked to improve the general standard of music there. His college concerts became a fixture in the University calendar and he also improved music in the college chapel. He turned his compositional hand to arranging, particular for male voices (the University was a predominantly all-male environment at this time).

As he was unable to play the organ pedals on account of his disability, the college created the post of precentor of Caius, which allowed him to direct chapel services while an assistant played the organ.

There are plenty of anecdotes about Hadley and his wooden leg, perhaps the most widely-told being variations on him sticking drawing pins into it, either to keep his socks up or to perturb students - one recollection even claims he pinned an essay to it.

During World War 2, Hadley conducted the Cambridge University Musical Society while its usual conductor Boris Ord was on active service.

Boris Ord (1897-1961), known for his carol 'Adam Lay Ybounden' (a setting of words from the same 15th century manuscript as Hadley's carol) was the Director of Music at King's College Chapel between 1929-1957. He had served as a pilot in the Royal Flying Corps in World War 1, and later rejoined the RAF in an administrative capacity during World War 2 from 1941-45.

Harold Darke (1888-1976) took on Ord's duties at King's College Cambridge during World War 2. He is another composer best known for a Christmas carol ("In the Bleak Midwinter", regularly chosen by choirmasters as their favourite). Darke had served as a private in the RAF in the latter part of the war. In 1917, he composed a choral elegy As the Leaves Fall, a setting of a poem by an Royal Army Medical Corps soldier, Joseph Courtney, which has recently been revived. As Henry Walford Davies' assistant, he was involved in orchestrating the first version of the RAF March Past in 1918.

Hadley, meanwhile, was appointed Professor of Music at the university in 1946. Eric Wetherell notes that in this post 'his unconventional behaviour and reputed consumption of alcohol became legend'. However, he was much loved by students for his open door policy, and he was regularly visited by the finest British composers as a friend and advisor.

The 1940s were productive for Hadley as a composer, his mother's death in 1940 inspiring him to compose The Hills (1944), a choral symphony which evokes the Peak District where his parents were engaged.

However, he found composing a struggle, once remarking "Composing—it's hell" (Todds, 9) and he was a slow meticulous worker. He also usually wrote his own libretti, as in the case of the quirky Fen and Flood (1955) which commemorates the North Sea floods of 1952, but also acts as a potted history of the Fens, featuring everything from monks chanting to Dutchmen shouting. It's a strange piece, but likeable; Vaughan Williams certainly thought so, and he helped Hadley arrange the original version for full choir to increase its accessibility for choral societies.

Hadley took early retirement from his college post in 1962, moving permanently to his family house in Heacham (near Hunstanton in Norfolk) which he had retained after his mother's death. His essentially late Romantic composition style had fallen out of fashion and a work inspired by his rediscovery of his Irish heritage, Connemara, was rejected by his publisher. He almost entirely ceased composing in the last years of his life, focussing his energies on organising the King's Lynn Festival and travelling.

He died in 1973 of cancer, and was buried alongside his brother Peyton in the churchyard at Heacham.

The musical manuscripts and papers of Patrick Hadley are held by the Cambridge University Library, including a number of works which have not been published or recorded.