Beneath the light-leaved sycamores,
In the blue dusk of spring,
Still I walk and think of one
Who went a-soldiering. 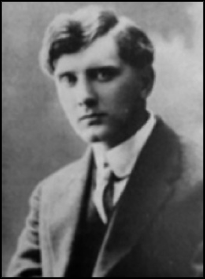 The opening of a song called "In Memoriam" by Percy Dixon and set to music by Harry Gill published in 1941, probably the most explicit tribute amongst four individual pieces dedicated to the memory of Ernest Bristow Farrar, who was killed aged 33 at the Somme on the 18th of September 1918, after just two days at the Front. While perhaps not the greatest poetry ever written, it sums up something of the feeling amongst the colleagues and friends of the composer, whose death also inspired significant works by Frank Bridge and Gerald Finzi.

Farrar has been relatively neglected since 1918, and is now best known as the first, and arguably most influential teacher of the young Gerald Finzi. Finzi went on to be one of the most celebrated English composers of the mid-century and the melancholic tone of his works is often attributed to the loss of his friend and teacher.

During Farrar's life, he was considered an up-and-coming composer who had written over 40 opus numbers, the majority of which were published. Having trained at the Royal College of Music chiefly under Charles Villiers Stanford (and arguably maintaining more of his teacher's style than some of his contemporaries), Farrar was equally adept at writing miniatures (with several attractive songs, organ, choral and piano pieces published) and longer forms; the majority of his orchestral works survive and have been recorded.

While some of his works, especially his choral works have dated badly, his English Pastoral Impressions is still fresh to the ear and his much darker and atmospheric orchestral Heroic Elegy, performed just weeks before he went to the Front, stands as a chilling lament for himself and his generation.